Books are back in town 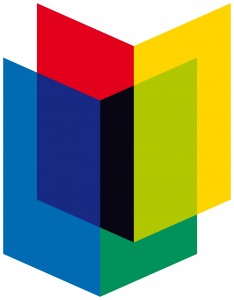 In October, “vielSeitig. European Literature Festival Siegen” invites you on a literary discovery tour into the town centre of Siegen for the second time.

People strolling from one reading to the next, in between leafing through a book of an English novelist, and then, in the evening, an enthusiastic discussion at the bar of a pub with the Irish best-selling author they have just been listening to. “There was a particularly cheerful, mundane, and relaxed atmosphere in the city of Siegen”, raved Wolfgang Suttner, in charge of cultural matters in the district of Siegen-Wittgenstein and artistic director of the festival in 2010. Consequently, the first edition of vielSeitig promised that the success of 2010 should have consequences, and the festival should take place in a bi-annual rhythm. “And it’s also fantastic”, adds District Administrator Paul Breuer, “that the University of Siegen, represented by Professor Gendolla and his students, is taking part again.” For the second time, the students of the University of Siegen have, as part of a one-year project seminar led by Dr. Natasza Stelmaszyk, developed and designed their own events for the vielSeitig Literature Festival. Partly, they are new, adjusted editions of formats of the 2010 project seminar, for the other part they are completely new concepts, which are to appeal to the Siegen audience by their diversity and internationality.

The atmosphere in the city

Paper is patient, as we know, but the time has, indeed, come now, and the general framework as well as the organisational principles of the second edition of vielSeitig have been agreed: from Thursday, 25th to Sunday 28th October readers will be able to meet their favourite authors again in the centre of Siegen, fans of audio-books the cult voices, and the great European literature will meet an enthusiastic audience in small pubs and cafés.

The organisers Kultur!Büro. and the University of Siegen have again been canvassing in the world of literati and publishers and have also secured the financial support for the large-scale literature presentation. Most notably the Volksbank Siegen could be enlisted for the first time as a sponsor of the reading marathon, and the Town of Siegen, too, regards vielSeitig as a project which suits a university town well and thus deserves to be supported. In addition, the Northrhine-Westphalian Ministry of Cultural Affairs – which already supported vielSeitig I – has not only kept its financial support, but even increased it by 25%. Such reliable sponsors help a great deal to improve the general framework of the festival and they give long-term planning reliability.

For the conceptual and organisational quality the two project leaders Patrick Zöller (Kultur!Büro.) and Dr. Natasza Stelmaszyk (University of Siegen) are turning the small and large wheels of vielSeitig. Thus, the festival begins a day earlier; this year with a hand-picked own production of literary cabaret: presented by the well-known TV literary critic Dennis Scheck, the multiple-award-winning verbal acrobats Marcus Jeroch, Christine Prayon and the legendary Wolfgang Nitschke ensure new insights into literature with the help of dadaistic anagrams, polemical bestseller-eating and new interpretations of popular classics.

A real gift  for friends of black-humoured world literature is announced like a bone dry household guide book of the 50s: “The Hitman’s Guide to House Cleaning” by the Icelandic Hallgrímur Helgason became a surprise success immediately after publishing and a perennial international best-seller. As with Rufus Beck in 2010, vielSeitig was again able to gain a very special presenter for the funnily ironic  als well as highly European road movie: accompanied by his band The Toxic Truth acting icon Uwe Ochsenknecht, of all people, comments on possible motivations why you should hurl yourself into housework.

“Lecturers‘ duel” and “All you can read”

The fact that books of all types keep their fascination even in our fast-paced digital age and manage to inspire across literary genres is demonstrated by the projects contributed to vielSeitig by the University of Siegen. A “Lecturers‘ duel” in the music pub Schellack, for example, shows first-hand which “prof” can really handle texts. At the same time, only a few metres away in Café Collective, “All you can read” allows insights into the favourite literature of foreign students in the original language. “In addition, we have included into vielSeitig literary form of presentation which otherwise would hardly have found their way to Siegen”, promises the academic co-designer of the festival, Prof. Dr. Peter Gendolla. The author Verena Klinke and the illustrator Felix Mertikat, for example, present their graphic novel “Steam Noir” with multi-media support in the Museum für Gegenwartskunst (Museum of Contemporary Art). In addition, from Monday to Friday the interactive text/word installation “Rabot Poète” is part of the really metropolitan festival programme in the Lÿz.

Of course, there are further readings and presentations in the cultural centre Lÿz or in the cafés and pubs in the city centre of Siegen on the programme. However, the negotiations for these with authors, presenters and interpreters have have not been concluded yet; due to a collisions of dates with the Frankfurt Book Fair they will likely not be finalised until August. The children’s programme, for which the university students are completely in charge, will also not be determined until after the summer holidays.

vielSeitig. European Literature Festival Siegen is being organised in close cooperation by two institutions which are established parts of the cultural scene in South Westphalia: the University of Siegen and the Kultur!Büro of the district of Siegen-Wittgenstein complement each other through their knowledge of the literary business as well as their experience in organising such events. Further information and the programme can be found from 23 August on www.vielseitig-festival.eu or by phone on 0271/333-2448.

Send me a message